TORONTO, July 23, 2021 /CNW/ – Ontario Lottery and Gaming Corporation (OLG) and its employees are proud supporters of the Team Canada athletes that will “Go for Gold” at the Tokyo Summer Olympics. We are particularly excited to watch all the athletes from Ontario, especially those who have benefited from the Quest for Gold program, as they compete for the podium. 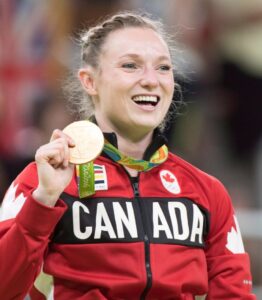 Since 2006, the Ontario Government and OLG have worked together to provide direct financial support to high-performance amateur athletes through the Quest for Gold program. The funds enhance the ability of these Olympic-bound athletes to train by reducing financial burden. Quest for Gold dollars can be used to offset costs of training and living expenses, including rent, training camps, equipment and tuition/education-related expenses.

“OLG takes great pride in our longstanding support of Ontario’s Quest for Gold athletes,” said Duncan Hannay, OLG’s President and CEO. “We get excited every time we launch a Quest for Gold series of lottery tickets featuring incredible homegrown athletes and are delighted when we can highlight their stories and achievements in our community outreach. OLG admires and champions these talented athletes, who are always striving to be the best. Good luck in Tokyo!” 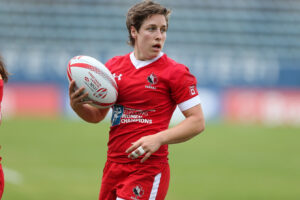 OLG is now partnering with the CBC, the official broadcaster of the Tokyo games, to sponsor “The Quest,” a five-episode series featuring inspiring stories about key members of Team Canada from Ontario who benefited from the Quest for Gold Program. The series spotlights five athletes from across the province, to help all Canadians understand their unique determination to get to the Olympics:

“The Quest” features will air during Olympic coverage on CBC with encore airings on TSN and Sportsnet. You can also follow the stories via @OntarioLottery on Facebook, Instagram and Twitter and look for #OLGxTheQuest.

Best of luck to Team Canada in Tokyo!

OLG is a crown agency that develops world-class gaming entertainment for the Province of Ontario. Acting in a socially responsible way, OLG conducts and manages land-based gaming facilities; the sale of province-wide lottery games; Internet gaming; and the delivery of bingo and other electronic gaming products at Charitable Gaming Centres. OLG is also helping to build a more sustainable horse racing industry in Ontario. Since 1975, OLG has provided approximately $55 billion to the people and Province of Ontario to support key government priorities like health care; the treatment and prevention of problem gambling; and support for amateur athletes. Each year proceeds from OLG’s operations also support host communities, Ontario First Nations, lottery retailers and local charities across the province.

All for Here – 100 per cent of OLG’s proceeds are invested in OntarioOLG.caFollow on Twitter @OLGtoday