Ontario has reached a major milestone in the Hurontario Light Rail Transit (LRT) project, which will offer more transit options and improve commutes for people travelling in Mississauga and Brampton.

The province has released a Request for Proposals (RFP) to design, build, finance, operate and maintain the new LRT line.

The Hurontario LRT project includes approximately 20 kilometres of new dedicated rapid transit between Port Credit GO Station in Mississauga and Gateway Terminal in southern Brampton, with 22 stops and connections to GO Transit’s Milton and Lakeshore West lines. The LRT will provide commuters and families with a major new travel choice, will cut travel times and help manage congestion across the Greater Toronto and Hamilton Area.

The Hurontario LRT project is part of the largest infrastructure investment in Ontario’s history. To learn more about what’s happening in your community, please visit Ontario.ca/BuildON.

Building more public transit to improve commuting is part of our plan to create jobs, grow our economy and help people in their everyday lives.

“Today is a major step forward for the Hurontario LRT project. The new LRT will make life easier for families and commuters in Mississauga and Brampton by providing a faster, more reliable transit option, with improved connections to local transit and GO rail services.” 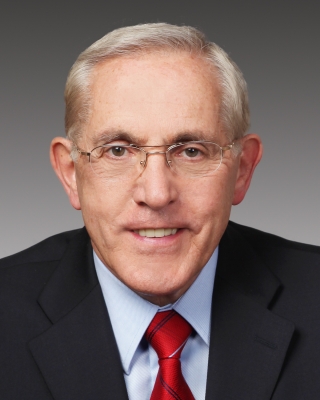 “I am pleased that we are moving forward with plans for the Hurontario LRT. Investing in transit infrastructure and providing local communities with transit options are key priorities for our government.”

“The release of the RFP is a significant milestone and it brings the Cities of Mississauga and Brampton one step closer to having light rail on the Hurontario corridor. The transformative, city-building project demonstrates Metrolinx’s commitment to bringing convenient and reliable transit in the region.”

“Infrastructure Ontario is proud to be working with Metrolinx to deliver the Hurontario LRT project. This announcement is a significant milestone in the AFP procurement process and we look forward to reviewing the proposals so that we can select a successful proponent.”

“The Hurontario Light Rail Transit Project is a key part of our city’s future and building the complete city where people want to live, invest and open up a business. City staff has worked closely with Metrolinx to prepare this project for procurement. We are continuing to work with our partners to bring much needed rapid transit to Hurontario. The Hurontario LRT will form the backbone of a regional rapid transit network connecting with GO Transit’s Milton and Lakeshore West rail lines, Brampton Züm, and MiWay services including the Mississauga Transitway. The LRT is a game changer for Mississauga and will ensure the Hurontario corridor grows in a sustainable way. We look forward to further milestones and progress of this important project that will connect our city and ensure it remains competitive and offers our residents efficient and modern transit.”

“The excitement around the Hurontario LRT continues to grow as we reach this long awaited milestone. The Hurontario-Main Light Rail Transit project is one of many significant catalysts that are sparking urban renewal and development in the City of Brampton. Our city continues to experience tremendous growth, and both the public and private sector will be the beneficiaries of this LRT investment. I would like to thank the province’s willingness to be a partner in a robust regional transit network.”