In its 20th year, the festival continues to connect families to compelling and authentic voices from around the world

TORONTO — From a young boy seeking the acceptance of his mother’s new family, to the trials a child faces in their quest for education, strong and dynamic young protagonists dominate the screen at the 2017 TIFF Kids International Film Festival™. From April 7 through 23, TIFF Bell Lightbox welcomes the next generation of film lovers for the 20th anniversary of TIFF Kids. This premier festival for children ages 3–13 (and those young at heart) will educate, inspire, and entertain children and adults alike.

“We are thrilled to be celebrating our 20th anniversary with a programming lineup that reflects that excitement and features our biggest and best programme to date,” said Elizabeth Muskala, Director of TIFF Kids and Youth Learning. “With over 160 films from over 40 countries, the range and breadth of work presented at this year’s TIFF Kids Festival is sure to enlighten, entertain, and engage audiences of all ages. The 2017 lineup shines a spotlight on thought-provoking stories that explore diverse themes of home, family, identity and immigration. With titles such as Mauro D’Addio’s road adventure On Wheels; Michel Boujenah’s touching Heartstrings; the sweeping new Disneynature documentary Born in China, directed by Lu Chuan; and the beautifully animated Ivan Tsarevitch and the Changing Princess, from master storyteller Michel Ocelot — the festival presents films that tell both unique and global stories that moviegoers are sure to connect with.”

The TIFF Kids International Film Festival kicks off on Opening Night with the premiere of Kelly Asbury’s animated film Smurfs: The Lost Village, with an introduction and Q&A by the director. In this fully animated, all-new take on the Smurfs, a mysterious map sets Smurfette and her best friends Brainy, Clumsy and Hefty on an exciting and thrilling race through the Forbidden Forest filled with magical creatures to find a mysterious lost village before the evil wizard Gargamel does. Embarking on a rollercoaster journey full of action and danger, the Smurfs are on a course that leads to the discovery of the biggest secret in Smurf history! The festival’s Closing Night screening is the Canadian premiere of the first four episodes of Ronja, the Robber’s Daughter, directed by Goro Miyazaki of the acclaimed Studio Ghibli and featuring a lead voiceover performance by Gillian Anderson.

Other highlights include the 15th anniversary screening of the 2002 Toronto International Film Festival People’s Choice Award winner Whale Rider; the Canadian premiere of two episodes from the highly anticipated Disney Channel original show Tangled: The Series; and of course, in between films, families can explore digiPlaySpace, an interactive exhibition dedicated to interactive art, design, technology, and free onsite activities.

This year’s shorts consist of 18 diverse programmes showcasing over 125 Canadian and international live-action and animated films that address important issues faced by kids such as making new friends, exploring new cultures, and embracing diversity — in both families and circumstances. The films deal with a range of themes including resilience, empathy, exploration, home, and self-discovery.

Tickets are on sale now for TIFF Members, and available to the general public beginning March 8. Prices are $14 for adults, $11.50 for students/seniors, and $10 for children (ages 3–13). Opening Night Film and Party is $36 per person, and Premium Screenings (Closing Night Film and Special Events) are $21 per person. Some activities are free. Entry to digiPlaySpace™ is free for TIFF Members, and $11 weekdays/$13 weekends for non-members.

On weekends, tickets to digiPlaySpace can also be purchased in a combo package, including a ticket for a TIFF Kids International Film Festival screening and a small popcorn, for $25 (adults), $22.50 (students/seniors), and $21 (children ages 3–13). 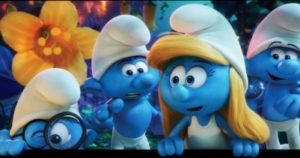 dir. Niki Caro, New Zealand/Germany, English, Maori Approaching the 15th anniversary of its world premiere at the 2002 Toronto International Film Festival, where it won the People’s Choice Award, Whale Rider is an exceptional coming-of-age fable that celebrates innocence while demonstrating the triumph of resilience and wisdom over cynicism and doubt. Recommended for ages 10 and up.
Saturday, April 15th at 1pm

Singin’ In The Rain Join Rapunzel (Mandy Moore) and Eugene “Flynn Rider” Fitzherbert (Zachary Levi) on a hair-raising adventure in the Canadian premiere of two episodes from Disney Channel’s new animated series Tangled: The Series. Recommended for ages 3 and up.
More info at www.disneychannel.ca/shows/tangled-series

All proceeds from these screenings will support TIFF Pocket Fund, which provides free access to TIFF programming for thousands of young people in need each year. Contributions to TIFF Pocket Fund will ensure children and youth, no matter their financial circumstance, are able to experience the joy, wonder and universal power of film. To, donate to or learn more about how to help TIFF unlock imagination, visit tiff.net/pocketfund.

TIFF Kids Festival Passport
Children can pick up their very own TIFF Kids Passport and tour the world, with 41 countries represented in this year’s lineup. Kids can get a stamp for every feature film and shorts programme they attend. Once they have collected three stamps, they can visit the Passport Bureau during the weekends of the TIFF Kids Festival to claim a prize.

And the Awards Go To…
TIFF is committed to involving and engaging children in the critical assessment of films. Through the TIFF Kids Festival Young People’s Jury Awards, People’s Choice Awards and two awards selected by an adult jury, TIFF Kids Festival continues to create a forum where kids’ voices can be heard. Sunday, April 23, at 3pm

TIFF is a charitable cultural organization whose mission is to transform the way people see the world, through film. An international leader in film culture, TIFF projects include the annual Toronto International Film Festival in September; TIFF Bell Lightbox, which features five cinemas, major exhibitions, and learning and entertainment facilities; and innovative national distribution program Film Circuit. The organization generates an annual economic impact of $189 million CAD. TIFF Bell Lightbox is generously supported by contributors including Founding Sponsor Bell, the Province of Ontario, the Government of Canada, the City of Toronto, the Reitman family (Ivan Reitman, Agi Mandel and Susan Michaels), The Daniels Corporation and RBC. For more information, visit tiff.net.

The TIFF Kids International Film Festival is supported by The City of Toronto and the Ontario Arts Council.

Smurfs: The Lost Village is presented by COLUMBIA PICTURES presents in association with LSTAR CAPITAL and WANDA

Based on the Characters and Works of Peyo

Special thanks to the Consulate General of the Federal Republic of Germany, Toronto.